Convention Protesters Take to the Streets 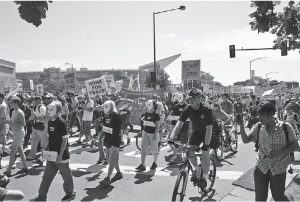 In August and early September the Democratic and Republican parties each held national conventions to nominate their candidate for president. While the parties had speeches and celebrations, thousands of people gathered outside to protest what they see as a broken political system. Avoiding the “free speech zone” (below) set up by police to house demonstrators, protesters instead marched through the streets in Denver, Colorado, the site of this year’s Democratic National Convention. 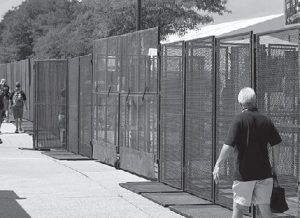