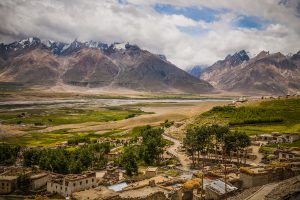 Every morning, Aliya Khan, a fifth grader in Kashmir, wakes up and walks to her school. But soon she returns home, disappointed, every day, according to an article published in The New York Times, at the end of October. That’s because it’s the same news: Her school remains closed,

For the past three months, the humanitarian crisis in Jammu and Kashmir has been growing, and schoolchildren are among the most impacted by this environment of violence and fear.

This environment of violence and fear has gotten worse in the past 10 years, but it reached crisis point in the last three months. Now parents are only too afraid to send their kids to school, but schools, like Aliya Khan’s, constantly close, sometimes for months at a time.

“The long school closures in the valley are causing major disruptions in young people’s educational and professional development, producing feelings of insecurity, helplessness, and demoralization,” Haley Duschinski, an anthropologist at Ohio University specializing in Kashmir, told The New York Times.

How did this crisis begin?

In 1947, after 200 years of British colonial rule, India gained independence. But before they did, Britian divided their former colony into two countries along religious lines: Pakistan, with a Muslim majority, and India, with a Hindu majority.

At the time, the future of the independent state of Kashmir was left undecided; in 1948, after India and Pakistan had fought their first war over Kashmir, it was agreed that a vote, supported by the United Nations,. would be held to allow Kashmiris to say whether they joined India or Pakistan or not. But 72 years later, that vote is yet to happen.

Although tensions have been increasing in the past 10 years, this crisis came to a head in August of this year when India revoked Article 370 of India’s Constitution. This section of the Constitution gave the Muslim-majority Indian state of Jammu and Kashmir a degree of self-governing autonomy, which allowed them to make decisions about their own affairs and, among other things, that non-Kashmiri Indians cannot buy property there.

When India put an end to Article 370, it gave India more control over the region, especially to its land and water.

Hafsa Kanjwal, assistant professor of South Asian history at Lafayette College, argues that ending Article 370 might have an unintended outcome of new bringing international attention to what’s happening in the state—which could lead to global pressure for peaceful independence for Jammu and Kashmir.

“For years, India hid behind the rhetoric of the so-called war on terror, treating Kashmir as an ‘internal’ law and security concern. It bragged of its status as the world’s largest democracy, while brutally repressing the pro-freedom sentiments of the Kashmiri people,” Kanjwal wrote in Al Jazeera. “Most importantly, however, India’s miscalculation has managed to highlight the right to Kashmiri self-determination, and the realisation that Kashmir is indeed a disputed territory awaiting a political resolution.”

Humanitarian – Concerned with or seeking to promote human safety and well-being.

Revoked – Put an end to the validity or operation of (a decree, decision or promise).

Repression – The action of controlling someone or something by force.

Rhetoric – The art of effective or persuasive speaking or writing.

Colonial or Colonization – The act of taking over the resources of a region and controlling land and people to achieve that goal.

Self-determination – Allowing people to have a say in what happens to them and control over their own affairs, politically, socially and economically.