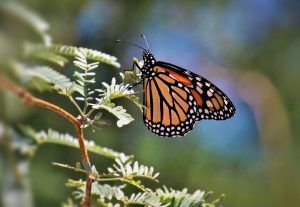 Each fall, thousands of monarch butterflies travel from their summer homes in the northern U.S. and Canada to their winter homes in California and Mexico. But when scientists did the annual Western Monarch Thanksgiving Count in November 2018, they found that the number of West Coast monarchs in California dropped by 86 percent since 2017.

Scientists say that while there has been a 97 percent drop in the western monarch’s population since the 1980s, this dramatic drop in 2018 is an alarm bell. It’s due to habitat loss, climate change, the increasingly high use of pesticides and the loss of the milkweed populations, which is the plant the monarch needs in order to reproduce.