Dig Into a Hundred-Year Mystery 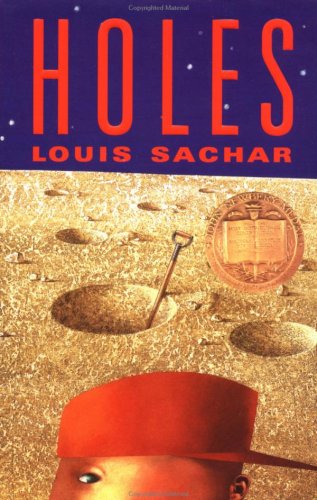 Holes is about a boy named Stanley. Unlike other boys, he has to go to jail, even though he did not do anything wrong. Every day the boys have to dig holes five feet deep and five feet wide in a dried-up lake. Nobody tells them why they have to dig the holes until the very end, when Stanley solves the mystery.

When he finally escapes from the jail, following his friend Zero, he goes to the place his great-great-great grandfather called the God’s Thumb, the top of a mountain that looks like a gigantic thumb.

I also liked this book because it’s about people helping each other. Stanley learns about friendship and cooperation. He and his friends fight against injustice and try to change things to make them more fair for everyone.

I’d recommend this book for kids who are into mystery, suspense or realistic fiction. The more you read, the more interesting it gets. You’ll want to know what happens in the next chapter!

For the follow-up, look for Small Steps.

Pedro Lahoz Wolfe, 8, is a student in New York City.