A Night of Gun Violence in Chicago 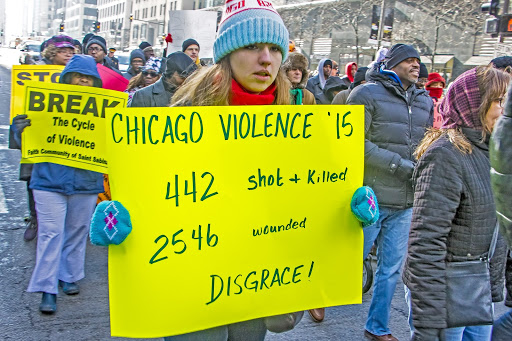 Put the guns down: no more gun violence in Chicago. The Community of St. Sabina lead a march on New Year’s Eve for a peaceful Chicago future. Photo: Bob Simpson