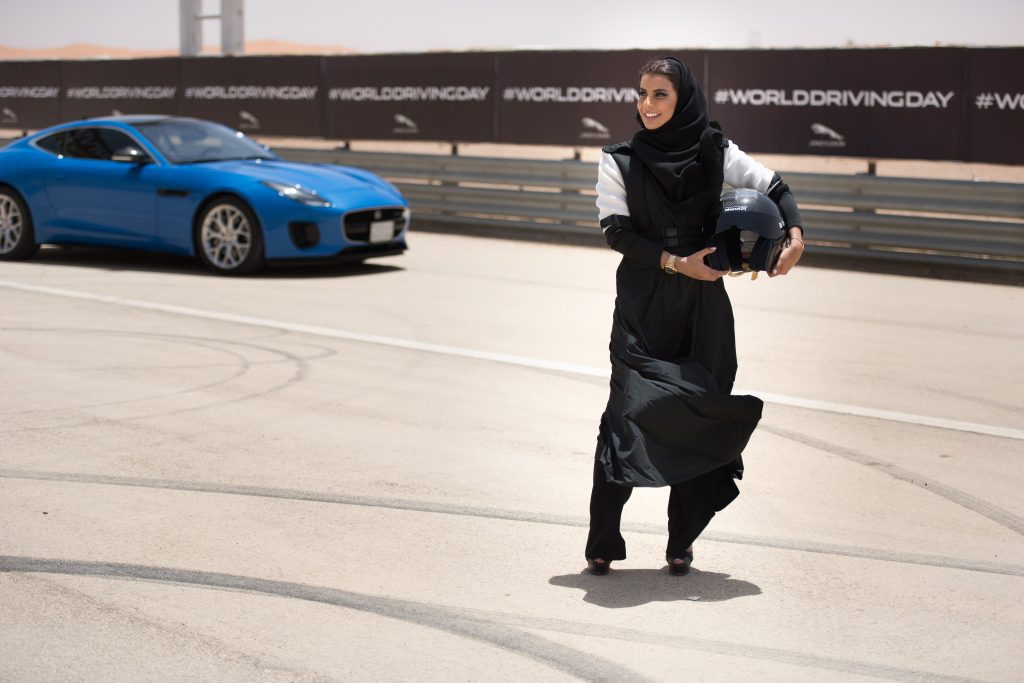 Female racing driver Aseel Al Hamad celebrated the end of the ban on women drivers with a lap of honor in a Jaguar F-TYPE./Jaguar MENA

Recently, a new law was enacted in Saudi Arabia allowing women to drive cars. The Saudi Crown Prince Mohammed bin Salman—who granted women the right to drive—has been portrayed as a hero and advocate for women’s rights. However, last month, the UN expressed concern over the continuing and “apparently arbitrary” crackdown on Saudi human rights activists after two more prominent female campaigners were arrested.

Even though Prince Bin Salman has made some progress in modernizing the laws, the credit for this should not be given solely to him. Women’s rights groups have been protesting for years for the government to lift the ban and their members have been imprisoned for defying the law and forcibly taking over the wheel.

This unfair imprisonment has inspired many women to campaign against the government and demand more rights. Human Rights Watch (HRW) has just launched a new campaign calling on car companies to put pressure on Saudi authorities, to “unconditionally release at least nine detained women activists who fought for the right to drive”.

Much more needs to be done to achieve women’s equality. For example, in order for a woman to get married, she needs permission from a male guardian. There is also a law that women and men need to be physically separated in rooms if they are not related. According to HRW, just weeks before the Saudi authorities lifted the ban, they opened a large-scale coordinated crackdown against the women’s rights movement.

Although the country has declared the Prince a feminist, Saudi Arabia still has a long way to go before women and men are equal in their country.