A Crime or Saving Lives? Increased Crackdown on Humanitarian Aid Workers at the U.S.-Mexico Border 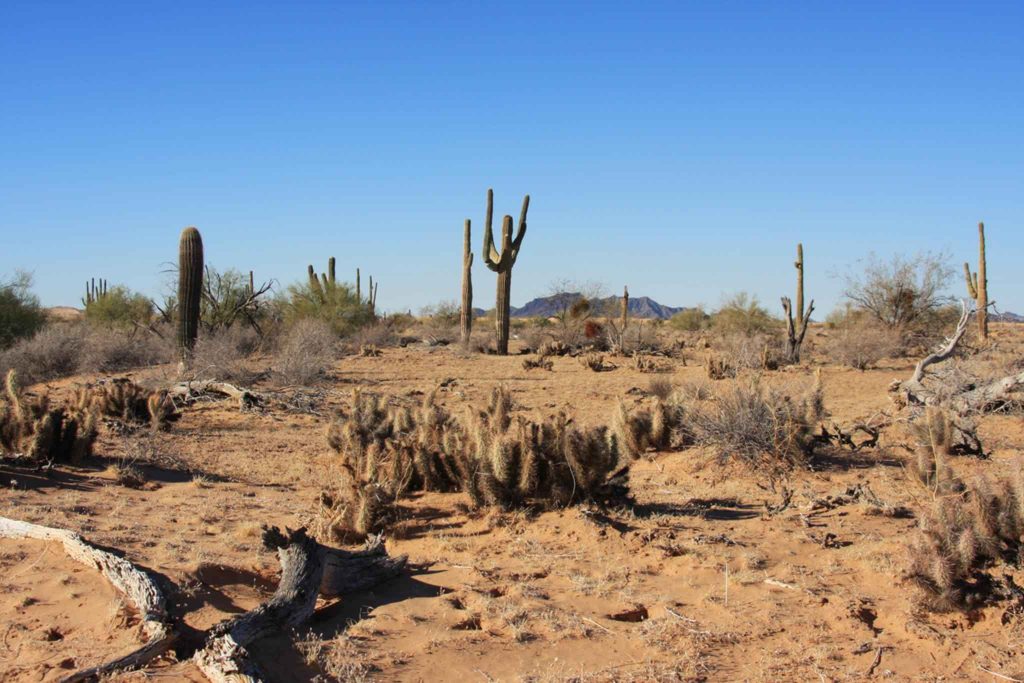 From family separation and increased deportations to federal government shutdowns over border wall funding, national and local policies surrounding migration have been constantly shifting since 2017, when President Trump took office. As immigration checkpoints between the United States and Mexico tighten, migrants—many of whom are fleeing poverty and violence in their home countries in Central America—are taking more dangerous routes like crossing the Sonoran Desert between Arizona and Mexico, where summer temperatures reach 118 degrees Fahrenheit, or 48 degrees Celsius.

Since 2004, the volunteer group No More Deaths/No Más Muertes (NMD) has left water, blankets and food along the U.S. border, including protected wilderness areas such as the Cabeza Prieta Wildlife Refuge in southwestern Arizona, to try to save people’s lives. According to their mission statement, NMD’s goal is “to end death and suffering in the Mexico–US borderlands.” In 2015 and 2016, NMD volunteers found 19 bodies each year in the Cabeza Prieta Refuge, but in 2017 they encountered the remains of 32 people. No More Deaths estimates that since 1990 approximately 8,000 people have died in the area.

In July 2017, because of President Trump’s immediate focus on the U.S.-Mexico border, regulations at protected wilderness areas such as Cabeza Prieta changed: A clause was added stating that leaving water, food, blankets and medical supplies in the wildlife refuge would be prosecuted as a crime because it is considered “littering,” according to Sidney Slone, U.S. Fish and Wildlife Service manager of Cabeza Prieta. NMD’s humanitarian work in this region thus became a crime. The Intercept reported that Slone said the change “was a joint effort” involving input from regional Interior and Defense Department officials in addition to the Wildlife Service. The Intercept also reported Slone created blacklists of humanitarian volunteers who placed the supplies in the desert.

On December 6, 2017, eight activists were charged with a misdemeanor crime of leaving water and food in the Cabeza Prieta Refuge, and in January 2019 four activists were found guilty of “abandoning property.” Federal prosecutors in southern Arizona have since dropped the most recent criminal misdemeanor charges against the four No More Deaths volunteers and instead issued civil infractions. On March 1, these volunteers were issued fines of $250 per defendant and sentenced to 15 months of unsupervised probation.

One more volunteer, Scott Warren, is facing a felony charge for harboring undocumented immigrants and providing shelter and food to two undocumented migrants in January 2018. He was arrested hours after No More Deaths activists released a video, that went viral, of federal Border Patrol agents deliberately destroying water left for migrants. If convicted, Warren could spend five years in prison, or even up to 20 years if sentenced to consecutive terms. In an interview with Democracy Now!, NMD volunteer Paige Corich-Kleim said Warren’s arrest was retaliation for the release of the video: “It was very directly linked to the work that we were doing in uncovering Border Patrol misconduct and violence. And we’re being targeted for it.” Other groups agree. Kirsten Zittlau, an immigration attorney and volunteer for Border Angels, told the Washington Post, “They’re trying to do anything to intimidate, to scare us, to stop us from providing humanitarian aid.” Catherine Gaffney, a volunteer with No More Deaths, added, “If giving water to someone dying of thirst is illegal, what humanity is left in the law of this country?”

Reverend John Fife, a retired pastor who led the sanctuary movement in Tucson in the 1980s and one of No More Deaths’ founders, said that the group will appeal the ruling and that volunteers will continue to leave supplies for migrants: “We have a responsibility, not only to the right to provide humanitarian aid in the event of a tragedy like this, but we have a responsibility to see that the right to provide humanitarian aid is maintained.”

Blacklists- Lists of people who should be regarded as untrustworthy and should be excluded or avoided.

Misdemeanor- An offense that is considered less serious than a felony.

Civil infractions – Non-criminal violations of a rule or regulation, less serious than misdemeanors.

Felony- A serious crime that is punishable by death or a prison time greater than a year.