40th Anniversary of A People’s History of the United States 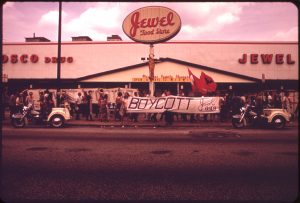 Next year is the 40th anniversary of Howard Zinn’s A People’s History of the United States. Zinn, an activist, historian and professor, is celebrated for raising awareness of the oppressed. He highlighted the stories of people like Native Americans, African Americans, those who were enslaved in the United States, women and workers, rather than focusing on the powerful, because he wanted students to have a broad perspective of voices to better understand what happened in the past.

Zinn connected old events and past social movements to today’s conditions to help us understand the present. “You should ask students if anything in a particular historical event reminds them of something they read in the newspapers or see on television about the world today,” Zinn said in an interview with the Zinn Education Project. “When you press students to make connections, … then history becomes alive, not just past but present.”

Zinn was born in 1922. He received a Ph.D. and M.A. in history at Columbia University and B.A. from NYU. He taught at Spelman College from 1956 to 1963 and was fired for his activism in the civil rights movement, supporting the students’ anti-segregation protests and sit-ins in Atlanta. He then taught at Boston University from 1964 until he retired in 1988. In 2005, Spelman College awarded Zinn an honorary degree for his courage. He died in 2010.

In an interview for Rethinking Schools, Zinn said he tried to present as much information as possible, but he wanted students to think critically and question what they learn, to get as many perspectives on history as possible, that includes reading literature. “I think students need to be aroused emotionally on the issue of equality,” Zinn said. “They have to try to feel what it was like, to be a slave, to be jammed into slave ships, to be separated from your family. Novels, poems, autobiographies, memoirs, the reminiscences of ex-slaves, the letters that slaves wrote, the writings of Frederick Douglass—I think they have to be introduced as much as possible. Students should learn the words of people themselves, to feel their anger, their indignation.”

Oppressed – To crush or burden by abuse of power or authority.

Indignation – Anger provoked by what is perceived as unfair treatment.

For free lessons and resources for teaching people’s history in K-12 classrooms go to: www.zinnedproject.org 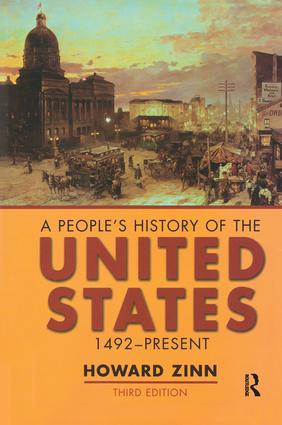