Against the Iraq War: The Largest Global Protest Ever 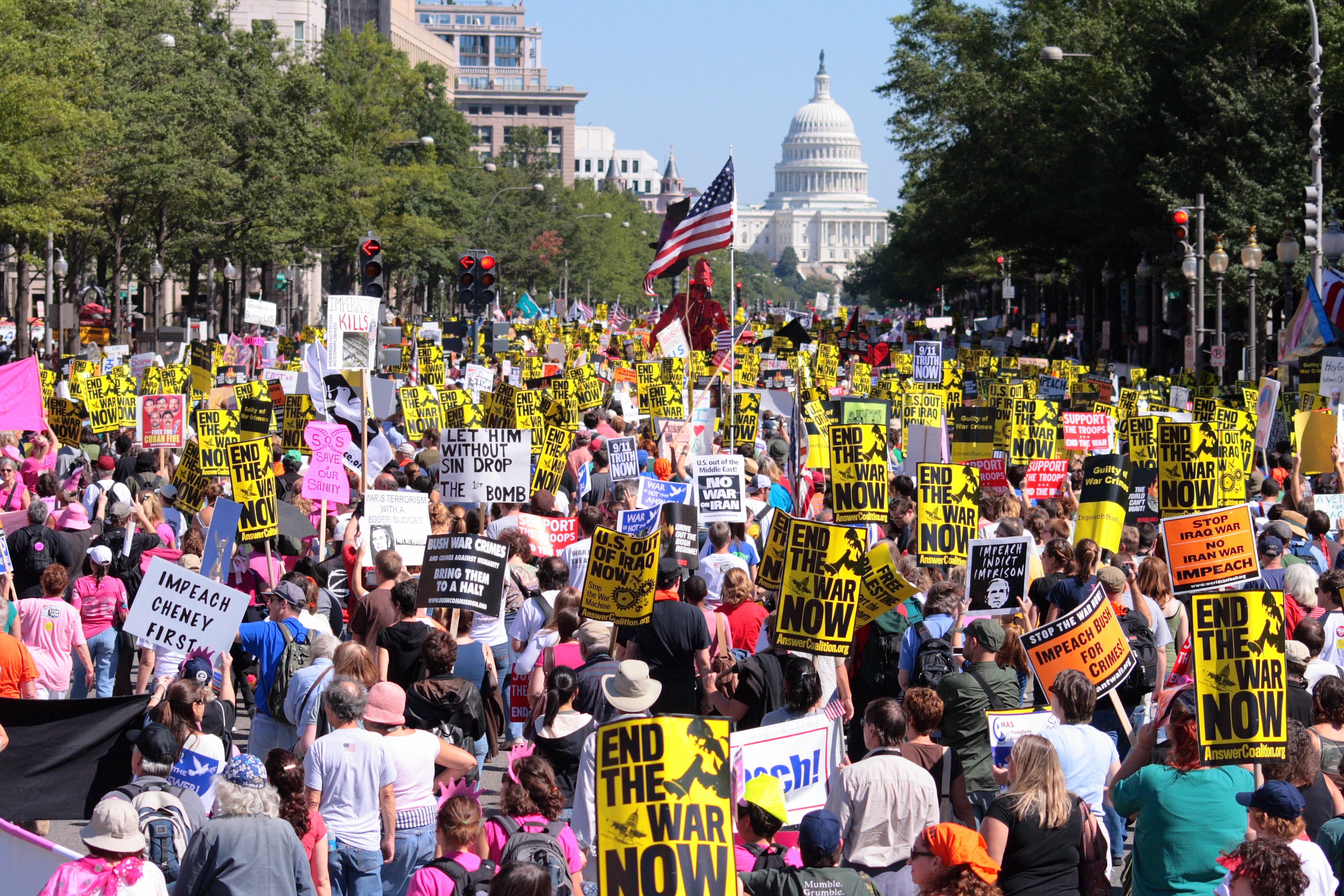 Protesters against the war in Iraq march towards U.S. Capitol in Washington, D.C, 2007. Photo by, Ragesoss

On February 15, 2003, 12 to 14 million people gathered in 800 cities around the world to protest against the imminent Iraq War, staging the largest global protest ever. The day prior to the protest, the United Nations reported that there were no weapons of mass destruction in Iraq, as President George W. Bush claimed. Multiple organizations, like Stop the War Coalition (U.K.) and Act Now to Stop War and End Racism (U.S.), worked together for months to set up the protest as well as raise antiwar awareness.

“Our movement changed history,” wrote Phyllis Bennis of the Institute for Policy Studies. “While we did not prevent the Iraq war, the protests proved its clear illegality, demonstrated the isolation of the Bush administration policies, … and inspired a generation of activists.”

While a slight majority of Americans supported the war from 2002 to March 2003, according to a Gallup poll, 57% of voters opposed the war by 2006, according to exit polls, and Democrats won control of both houses of Congress. As a candidate, Senator Barack Obama’s opposition to the war helped him win the party’s nomination and the presidency in 2008.

The antiwar movement remained strong from 2003 through 2006. “During that time there were multiple large demonstrations,” recalls University of Michigan professor Michael Heaney. “There was also coordinated activity and lobbying. There were numerous active coalitions. Lots of grassroots mobilization in numerous cities.”

But as the Democrats took power, the antiwar movement dwindled, even as the Iraq War continued — perhaps underscoring the need for the movement to prioritize building solidarity with the Iraqi people over partisan politics.

Glossary
Partisan: A strong supporter of a party, cause, or person.