100 Years of Votes for Women: The Fight Continues 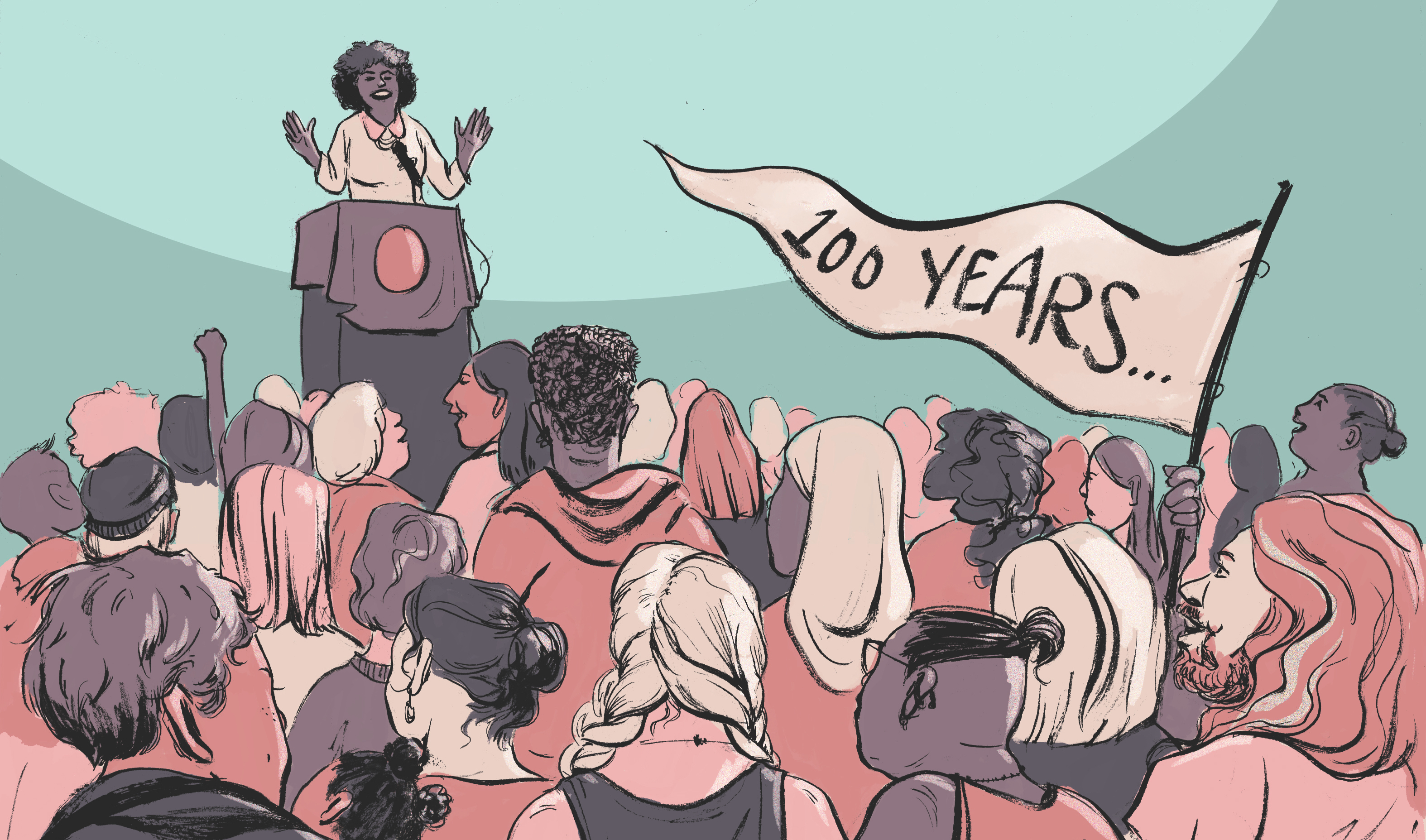 This year marks the 100th anniversary of the 19th Amendment, which granted women the right to vote in the United States. While women went on to make U.S. political history in 2018 winning a record number of congressional seats, women still have a long way to go before being equally represented in U.S. politics.

On August 18, 1920, after 72 years of struggle from the women’s suffrage movement, the 19th Amendment was ratified, and women won the right to vote. The enfranchisement of women had a purpose: to build a more democratic United States by creating equality between women and men and thus a more representative political system. As UN Women highlights, when a political system neglects women’s participation, “it fails half of its citizens.” As historically significant as this accomplishment was, not all women were included in the 19th Amendment. It took until 1965 — 45 years later — for women of color to gain the right to vote. Today, women’s participation and representation in politics and government is an ongoing struggle.

While 2018 saw a record-breaking year for women in U.S. politics, leading to 126 women serving in Congress — 101 women occupying seats in the House of Representatives and 25 in the Senate as of 2019 — federal data presented by WhoLeads.US shows that at 51% of the population, women still make up less than one-quarter of Congress, whereas white men, standing at 30% of the population, make up 62% of all U.S. elected officials.

In the United Nations Development Program (UNDP) recently published “gender social norm index” spanning 75 countries, 90% of people around the world were found to hold some sort of bias against women. According to the index, about half of men and women around the world feel that men make better political leaders.

The voter turnout rates for women has grown to the point where it exceeds voter turnout rates for men by 10 million votes in recent U.S. elections, as shown by the Center for American Women and Politics at Rutgers University. It  was also found that when women of all races are on the ballot, they win as often as white men do, according to a report by the Reflective Democracy Campaign. These facts show that women do not in fact have less electability than men, they simply have less representation.

The fight is not over yet, and there are many organizations, such as Camp Congress for Girls — which teaches girls as young as 6 years old about the U.S. political system — and Rep. Alexandria Ocasio-Cortez’s newly launched political action committee (PAC) Courage for Change that are stepping up to create a more representative democracy in the United States.

Matriarch, a new PAC, strives to endorse and provide early financial support to working-class women who aren’t able to raise enough funds when running their campaign. The 19th*, is a nonprofit, nonpartisan news organization launching in summer 2020, whose purpose is to reform news platforms which are traditionally run by men. Their goal is to empower underrepresented women within in American media and give them the information and tools they require to equally participate in democracy.  In an interview with WNYC, co-founder Emily Ramshaw said, “Suffrage is still a work in progress for women and women of color in the United States.”

Ratified: To give legal approval to.
Enfranchisement: To give the rights of a citizen to.
Bias: Prejudice in favor of or against one thing, person or group compared with another, usually in a way considered to be unfair.
Electability: Capable of, or having a reasonable chance of, being elected, as to public office.
Endorse: Declare one’s public approval or support of.